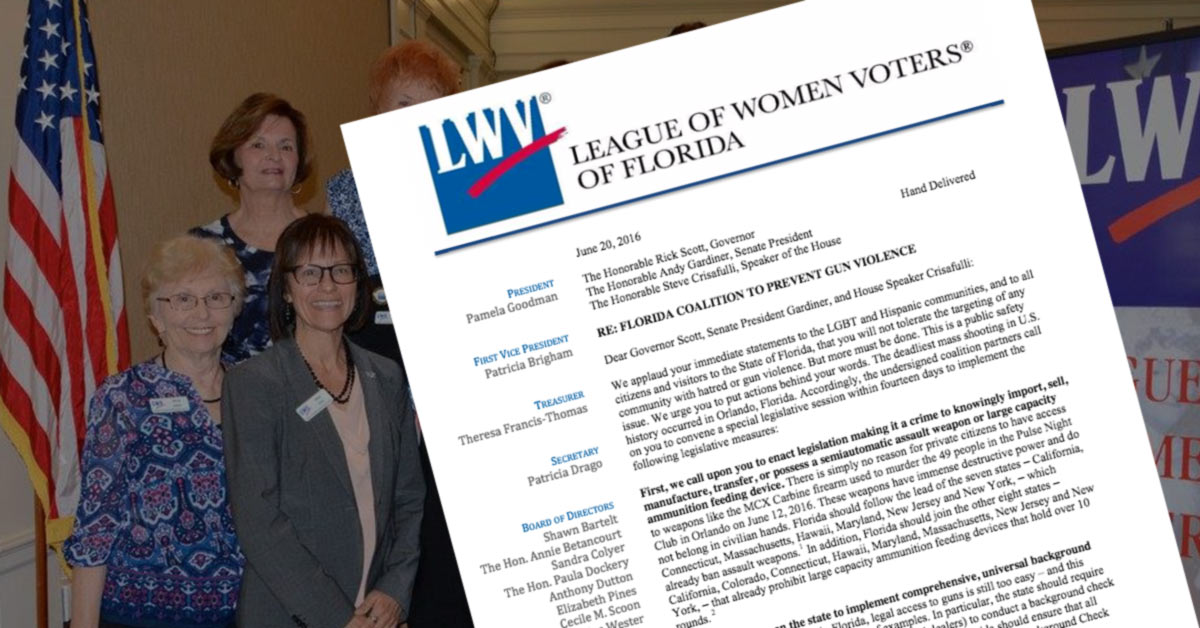 The League of Women Voters of Florida founded the Florida Coalition to Prevent Gun Violence within days of the mass shooting that occurred at Pulse Nightclub in Orlando on June 12, 2016. Also, the young singer/songwriter and former The Voice contestant Christina Grimmie had been shot and killed only two days earlier at The Plaza Live in Orlando.

The coalition was formed quickly and hit the ground running. Almost immediately, we had more than 60 partner organizations. Only eight days after the Pulse massacre, we hand-delivered a letter to Governor Rick Scott, State Senate President Andy Gardiner, and State House Speaker Steve Crisafulli.

The letter, which is republished below, called on our Florida leaders to convene a special session to implement the two legislative goals FCPGV had set out:

Despite the recent tragedies in Orlando, and despite government leaders speaking out about the need to protect all citizens from these horrors, we received no response from any of the recipients.


Press Release About Our First Letter to Florida State Leadership