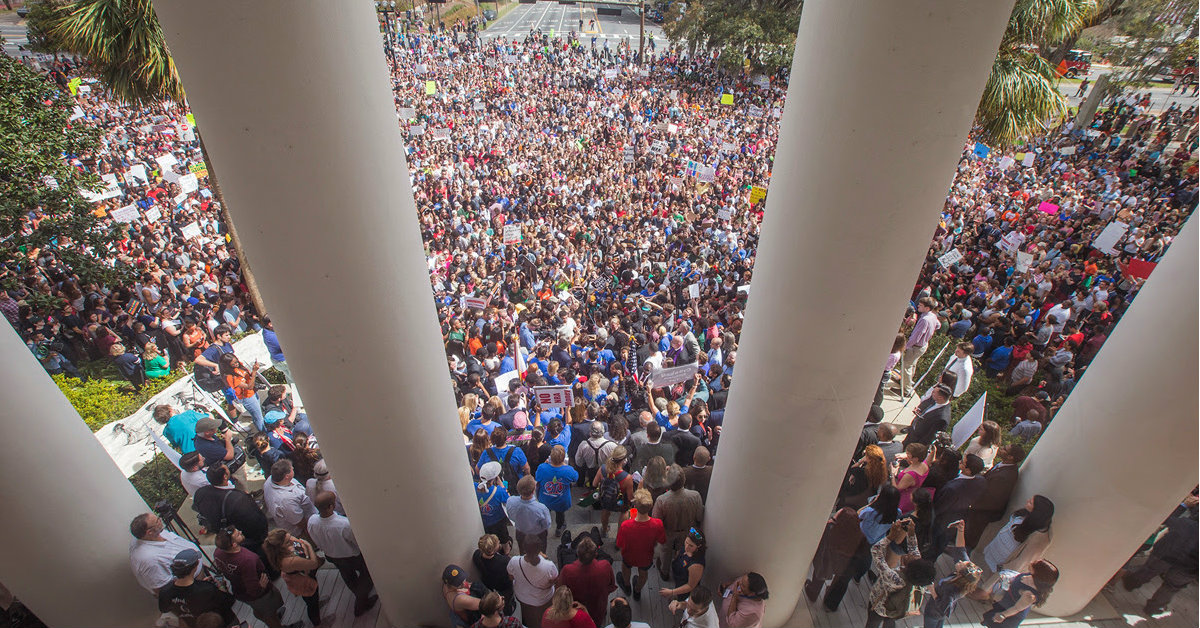 This week Florida Legislators will begin hearing a package of bills, including SB 7026 and SB 7022 in response to the shooting at Marjory Stoneman Douglas High School. We must raise our voices to let lawmakers know our positions on these bills.

Contact your legislator and let them know that to truly make Florida safer from gun violence, any laws passed must include the following points:

Positions on the issues addressed by these bills:

Let’s listen to the students who are calling for a ban on assault weapons and true gun reform! Make your calls now!