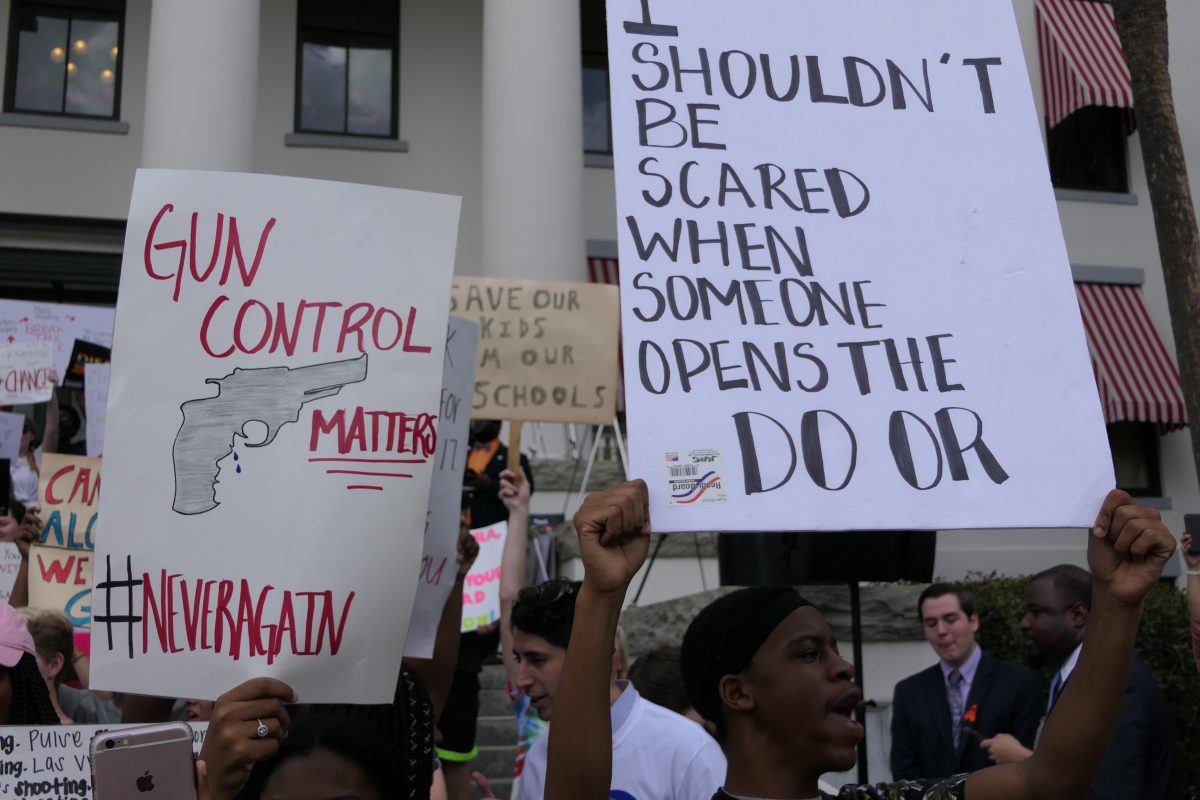 Tallahassee, Fla. – Students led the cry demanding gun law reform at a Wednesday afternoon rally in Tallahassee, as thousands gathered in support at the Historic Florida Capitol. Hosted by the Florida Coalition to Prevent Gun Violence and the League of Women Voters of Florida, the young people raised up their voices with intelligence and grace just one week after 17 people were killed at Marjory Stoneman Douglas High School by a 19-year-old using a military-style assault weapon.
“The League of Women Voters of Florida is honored to stand with these courageous, passionate, and fierce students and this movement for safe gun legislation in Florida,” said Pamela Goodman, president of the state League. “We support their call for a ban on assault weapons in our state and vow to speak to every legislator in every office, committee, and session until our officials adjourn in 2½ weeks. Hear the bills, debate them, and pass them.”
Patricia Brigham, co-chair of the Coalition and 1st vice president of the Florida League agreed. “Today we heard the voices of our future voters. Through the students of Marjory Stoneman Douglas High School and the many others who rallied by the thousands at the Capitol, we are seeing the tide turn toward responsible gun reform before our eyes. Our students are leading the way.”
For the past two legislative sessions, the Coalition and League have supported a ban on the sale of military-style assault weapons and large-capacity magazines.
Share this article...