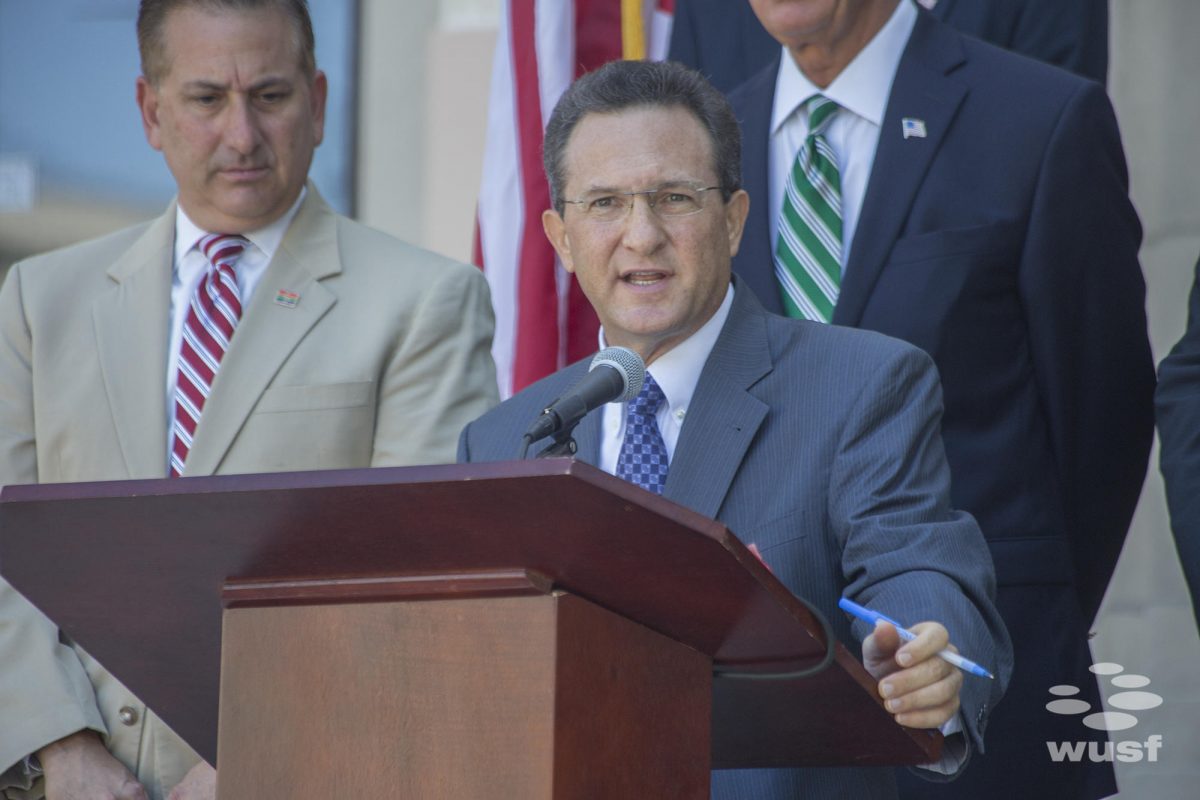 Orlando, Fla. – The Florida Coalition to Prevent Gun Violence today announced that former House Minority Leader Mark Pafford will take on the role of organization co-chair.
He replaces Patricia Brigham, who was recently named president of the League of Women Voters of Florida, where she will devote her time and talents to a wide variety of issues. Brigham had served as co-chair since 2016, when the Coalition was created by the statewide League after the Pulse nightclub massacre. Co-Chair Andy Pelosi, executive director of The Campaign To Keep Guns Off Campus, will remain in his position.
Pafford said he is honored to take on the role. “The talented members of the Steering Committee will help us guide our state to common-sense solutions on firearms and deadly weapons in Florida. I am grateful to be on the team.”
Pafford, 52, represented south Florida’s District 88 (2008-2012) and District 86 (2012-2016) in the state House, where he was an ardent supporter of common-sense gun laws.
He served as Democratic Caucus Policy Chair, 2012-2014, and Minority Leader, 2014-2016. He has worked with the Alzheimer’s Association, Lord’s Place, ACLU of Florida, Arthur R. Marshall Foundation for the Everglades, and Florida Community Health Action Information Network. Mark also serves on the board of directors for the League of Women Voters of Florida.
“With Mark’s background as a state representative, he will bring a wealth of knowledge and experience when working with lawmakers to bring about responsible firearm legislation,” said Brigham. “Our Coalition will continue to grow and strengthen as a result.”
The Florida Coalition to Prevent Gun Violence has a membership of over 120 nonpartisan organizations, including the Anti-Defamation League, Florida Education Association, the Campaign to Keep Guns off Campus, and the National Physicians Alliance.
Share this article...