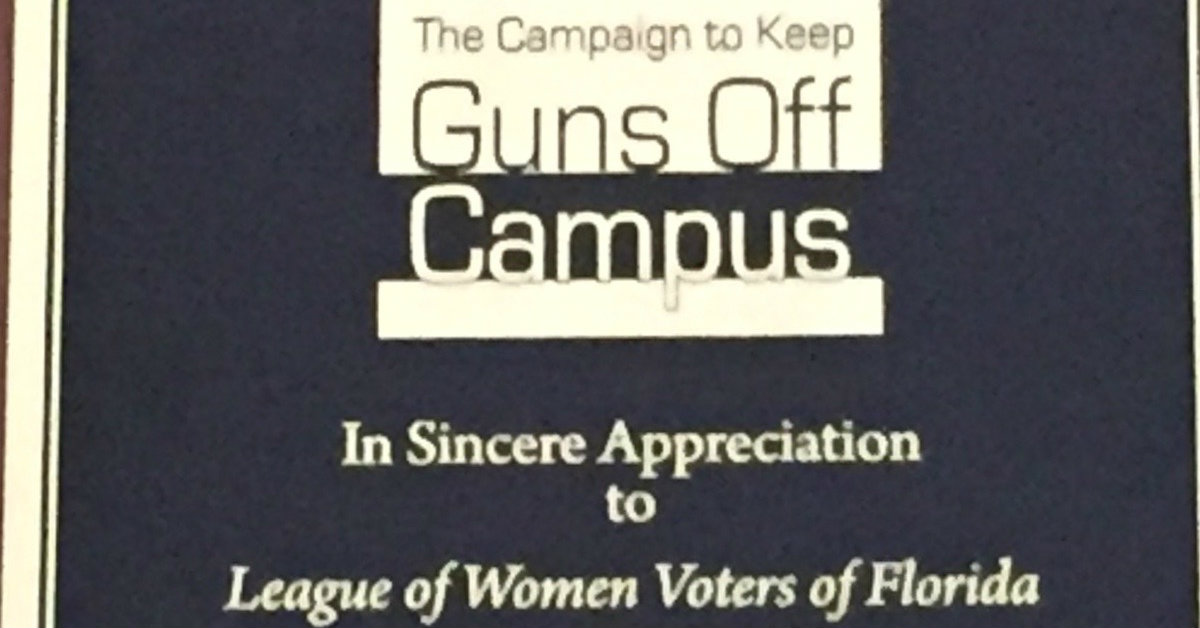 Gloria Pickar accepted the Organization Honoree Award on behalf of the League of Women Voters of Florida. Pickar is the LWV of Orange County’s Gun Safety Action Chair.

The Campaign to Keep Guns off Campus was founded in 2008 to urge colleges and universities to band together to oppose the gun lobby’s agenda to push loaded, concealed guns onto college campuses.

The League of Women Voters of Florida received the award for being a leading voice for gun violence prevention in the Sunshine State. The Campaign has worked in partnership with The League (and others) for the last three years in the shared mission to preserve safe campus communities. After the Pulse Nightclub shooting last year in Orlando, The League formed the Florida Coalition to Prevent Gun Violence with The Campaign as an integral co-founder. The coalition now includes over 125 diverse organizations working on pro-active and defensive legislation.

“Tonight we pay tribute to individuals and organizations working with us to keep campus communities and other public spaces safe and gun free,” says Andy Pelosi, the Campaign’s cofounder and executive director, “Everyday it is becoming more and more challenging to stave off the fear and misinformation perpetrated by the gun lobby, which depicts our educational communities as not safe and pushes to allow guns into these closed campuses. We reject this notion and call on parents of college age students and others to join in this fight for safe campus communities.”